The use of Small Unmanned Aircraft (drones) has increased steadily over the past few years throughout the UK. This increase has resulted in tightening legislative control and the possibility of further restrictions in the future.

Careless and inexperienced operation of drones presents a serious risk to flight safety and there have been a number of incidents involving the use of drones, especially the most recent disruptions caused at major London Airports.

There have been recent changes to legislation and changes to Airspace restrictions around airports. The map below depicts the restricted airspace at St. Mary’s Airport. The circle is our Aerodrome Traffic Zone which is controlled airspace requiring permission to enter by Air Traffic Control. The dimensions are 2 x Nautical Mile Radius vertically up to 2000 feet above aerodrome elevation. The rectangles at each Runway end are the new Runway Protection Zones intended to protect arriving and departing aircraft at protected airports such as St. Mary’s. Dimensions of these zones are 1 x kilometre width extending out to 5 x kilometres with the same vertical limit as the ATZ. 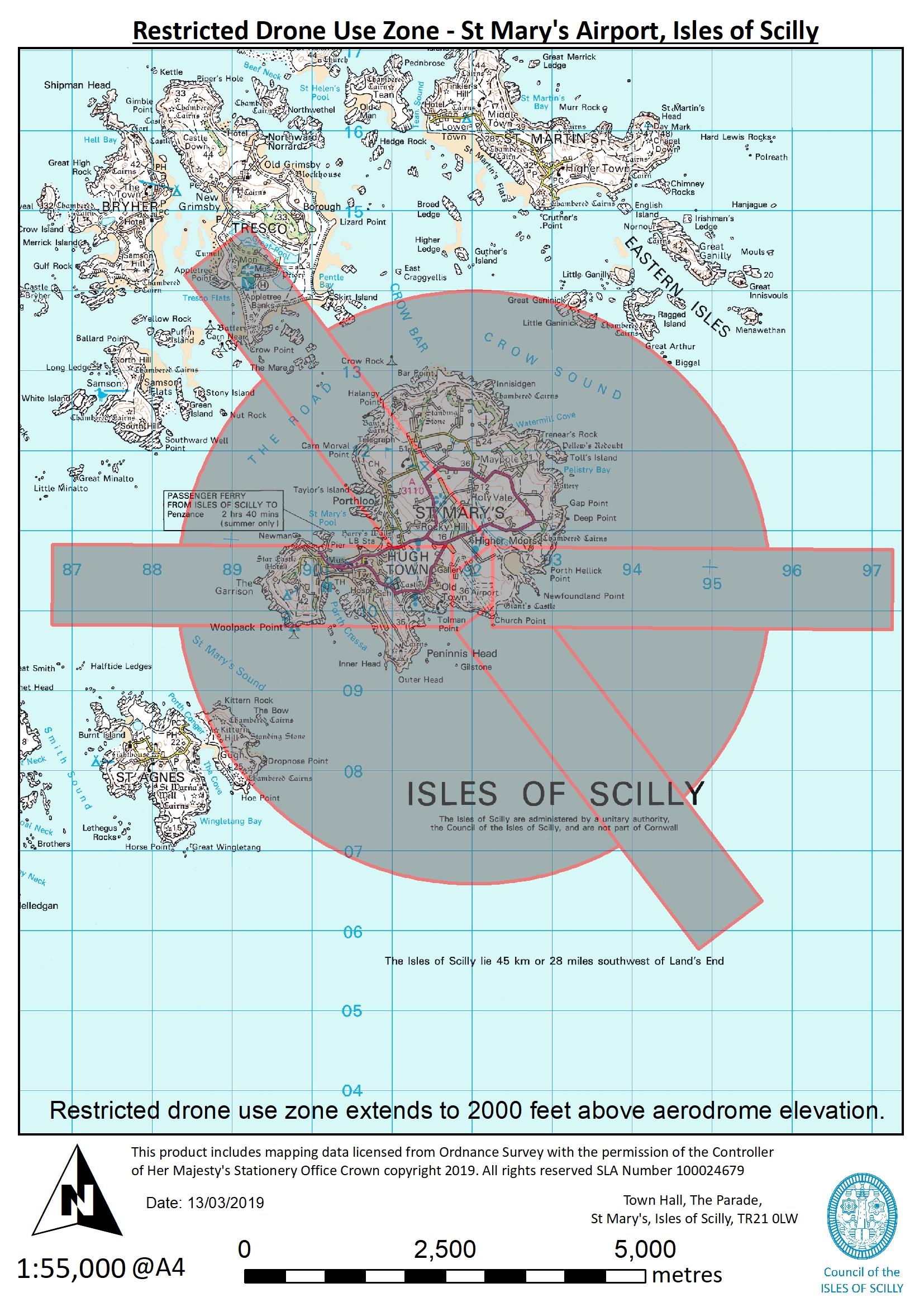 The Isles of Scilly has a busy airspace with condensed flying operations taking place both at the airport and surrounding Islands, which would include military, Search & Rescue and HEMS Helicopter flights. We urge all Drone operators intending to fly outside of the Restricted Airspace to still contact ATC with their location and timings with altitudes so that Air Traffic Control can inform all aircraft in the vicinity.

The Civil Aviation Authority (CAA) has issued guidance in respect to legislative changes (CAP1763), which may be found in the attached PDF.

Operators should be mindful of the obligations contained in Section 167 of the Air Navigation Order regarding surveillance, especially where recreational use includes the taking of images, or filming. Such use, independent of the advice contained in this letter, could represent a breach of privacy law for which the operator may be personally liable. It should be noted that the Island of Tresco prohibits all Drone use without the express permission of the Estate Management.